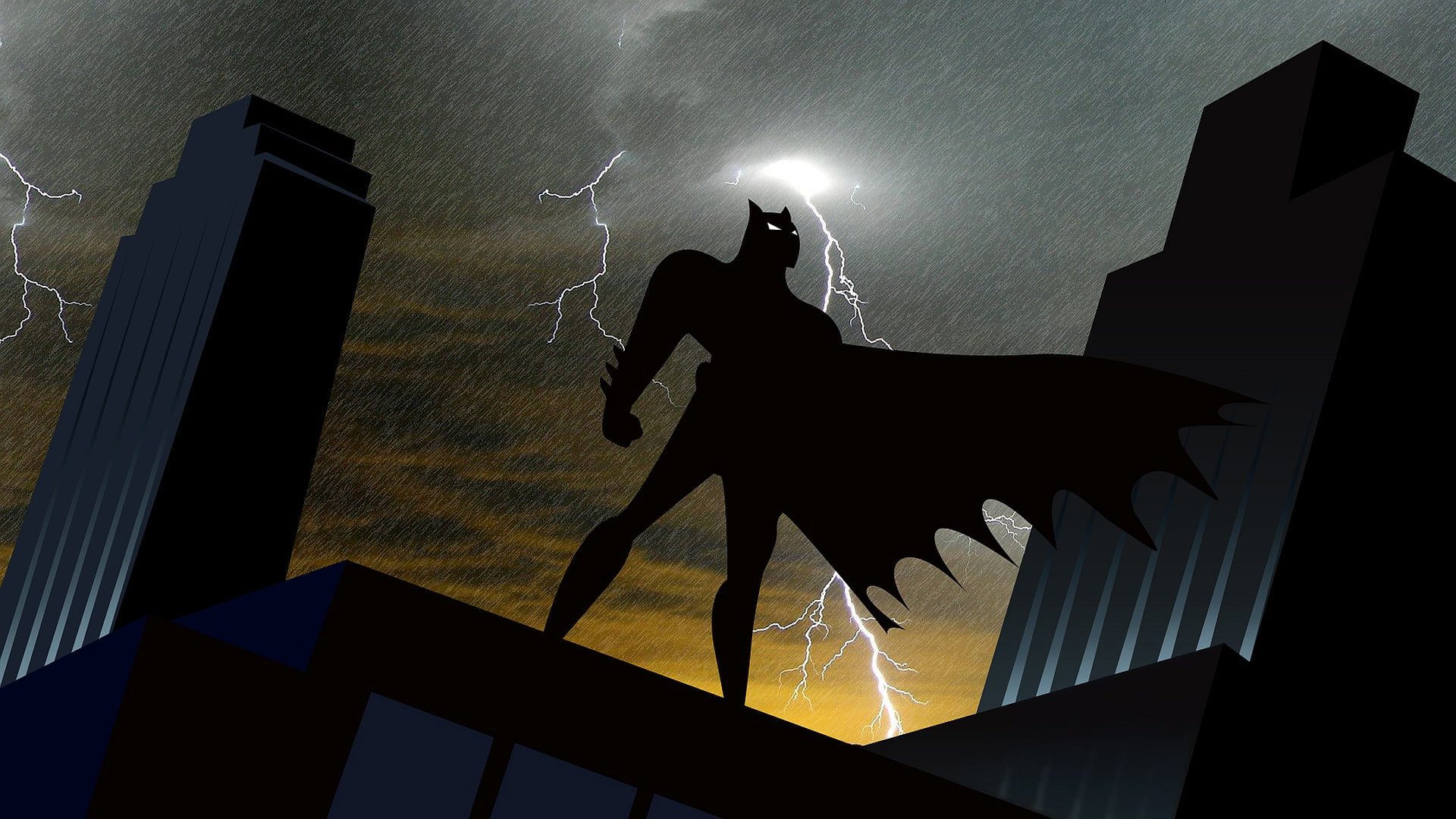 Many of us read comic books or watched animated superhero TV shows growing up. I know I did. I read Superman, Spiderman, Iron Man, Thor and Captain America. So, yeah, like 100 million other kids, I wanted to be a superhero.

Why? Let’s use Mr. Peabody’s Wayback Machine to look back in time. Long, long ago when I was a child, just after the swirling maelstrom of creation had begun to clear and before the invention of fire or even the internet, our options for entertainment were limited. If we got bored with collecting rocks, or throwing rocks, or stealing from our sister’s collection of rocks, we might gird our loins and dare to fight with the TV antenna “rabbit ears” for twenty minutes to attempt to tune in one of the three fuzzy, barely watchable channels that were sometimes available. It was a trial and a hardship of bygone days that built character into young and old alike, the likes of which you young’ns of today have no concept.

One of the shows I loved to watch was the original Batman TV show with Adam West as Batman and Burt Ward as Robin. I must have watched them as re-runs because I’m *ahem!* certainly *cough* not old enough to have watched them in first-run. I don’t know if you can imagine it, but this was WAY before there was even an inkling of a Dark Knight. If you have never seen these shows, I encourage you to give it a try. If you are much younger than I am, and most people are, you’ll be justifiably horrified and promptly turn it off after 30 seconds or less. I don’t really blame you.

Still, we didn’t know any better, so this is what we watched. The BIFF! and BAM! graphics, the black car with the orange/red contour stripes, and the ‘bat” EVERYTHING from the Batphone to the Batarang to the Bat-scanner and the Bat Drinking Water Dispenser. You think that last item was a creation of my imagination for comedic effect? Nope. Apparently there really was a Bat-Drinking Water Dispenser.

Although the labeling of all Batman’s cool gadgets with the word “bat” got totally out of control, it didn’t end there. All kinds of things got labeled with big bold letters. There were signs on the Bat-poles where Bruce Wayne and Dick Grayson would slide down from the mansion into the Batcave, transforming into Batman and Robin on the way. One was helpfully labeled Bruce, while the other was labeled Dick. You know, just in case they forgot which was whose and accidentally got forcefully dressed in the others costume. Come to think of it, there is a lost opportunity for a mischievous plot point in there somewhere…

My favorites were the signs on the “Secret Elevator to the Umbrella Shop” and the “Bubblegum Activated Secret Exit From Candy Store”. I am sure the creatives behind the show had a ton of fun trying to top each other coming up with the most ludicrous labels.

People got labels too. Many secondary characters wore t-shirts with their name on them. The best were The Penguin’s henchmen. They had black (evil) colored t-shirts with HENCHMAN written in big white letters across the chest, classed up with black bowler hats. Guess what I am going to wear as a costume on Halloween this year? You’re right – Wonder Woman!

All of this frivolity has little to to do with what I intended to write today, but does serve to show that I have enjoyed Batman since I was very young and am in no way opposed to him, so please don’t bombard me with hate comments to this post or email laced with ricin.

Why? Let me take you to another, later time in my youth. There was this Saturday morning cartoon show called Superfriends. Based in the Hall of Justice, Superman, Aquaman, Wonder Woman, Batman, Robin and a few other totally unnecessary characters would respond to the “Trouble Alert” computer to fight evil and restore order.

Wait, what was that list again? Superman, who has super strength, can fly, has x-ray vision, can shoot powerful beams from his eyes and is virtually indestructible. Aquaman, who is King of Atlantis, has super strength, is invulnerable to bullets, can swim at super speed and can telekinetically compel all manner of marine life to do his bidding. Then there is Wonder Woman. She is super strong, is a bad-ass fighter, can jump so well she can almost fly, pilots an invisible jet, uses a golden rope with prehensile abilities that can compel you to tell the truth and has That Costume. To my young male brain teetering on the edge of puberty, The Costume itself was a weapon of unknowable power.

Batman? He’s just some rich dude with an attitude, some special training in acrobatics and fighting, assisted by a bunch of high tech gadgets. He was okay and everything, (please don’t throw things at me!) but he didn’t have any superpowers. Batman is more of a hero – not really a SUPERhero. I wanted to be super. I wanted the intrinsic ability to shoot energy beams from my eyes or turn invisible or fly faster than the speed of sound or smash through concrete walls with a single punch.

Is that too much to ask?

Apparently so. After several decades of tightly flexing my muscles while clenching my fists really hard while squinting my eyes to the point of bulging, I have finally come to the conclusion that I don’t have any superpowers. Oh, and to all of those people who say things like “You can be anything you want to be”, I would like to respectfully disagree.

To add insult to injury, I have also come to the realization that I have no voice-over superpowers. (You knew there would be a VO tie-in somewhere didn’t you?) I am leaning on the more mature side of my personality to say that I am *deep breath in… long breath out* okay with that.

Make no mistake, there are some among us that do seem to have superpowers. They naturally fit the specs wanted by casting directors. They fly into a studio, speak their assigned words and even the most mediocre production is elevated to Asgardian standards. Whereas when I open my mouth gnats fly in, others seem gifted to speak into a microphone and watch money pour out of the other end. Seemingly without much effort, they have whatever it is that equates to being marketable and sought after.

That just isn’t me.

What I am is a talented person who with intensive training and clever gadgetry has become something more than just my natural abilities. Sound familiar?

And so here I am, Batman after all. Aside from the inherited wealth part. Never wanting to refuse the full depth of a life lesson and as a selfless act of humility, I am open to the whole inherited wealth thing so if anyone wants to volunteer to get killed by a mugger and leave me a fortune so I can meet all the Batman specs, I would be forever grateful. Oh, and a mansion tended by a lovingly wise butler would be nice also.

After much thought and much to my surprise, I am finding that being Batman isn’t all that bad. Of all the heroes/superheroes out there, do you know who sells the most action figures? Batman. T-shirts, hats, underwear and beach towels? Batman, Batman, Batman and you guessed it: Ariel. I know some will say Ariel isn’t a superhero but tell that to the little girl whose heart you just broke by disrespecting her idol.

It is undeniable that people relate to Batman. Why? Because he is the most like us. He is a closer analogue to a real person. We can more easily imagine ourselves doing the things he does because he isn’t an alien from another planet or a person mutated by the bite of a spider who has had too many drinks at the Gamma Ray Bar. While it would be great fun to ride the school bus while spectacularly blowing up roadside objects with energy beams shooting from my eyes like I imagined as a kid, being relatable is nothing to sneeze at. Especially in the voice-over world.

So, I am begrudgingly letting my childhood fantasies go and embracing the training, technology, effort and sacrifice that helps me to rise above. I am, and shall continue to become, the type of hero who can gracefully swing from script to script, effortlessly leap tall technical terminology in a single bound and fly to the rescue of needy productions everywhere, all the while remaining relatable.

Let me leave you with this thought. Whether in the world of voice-over or anywhere else in life, don’t let the superpowers of others deter you. You can take your normal, everyday self and through hard work, training, effort, technology and a small fortune, hone it into what you really want to be: yourself, but better. Batman.

Anyone want to buy a beach towel?